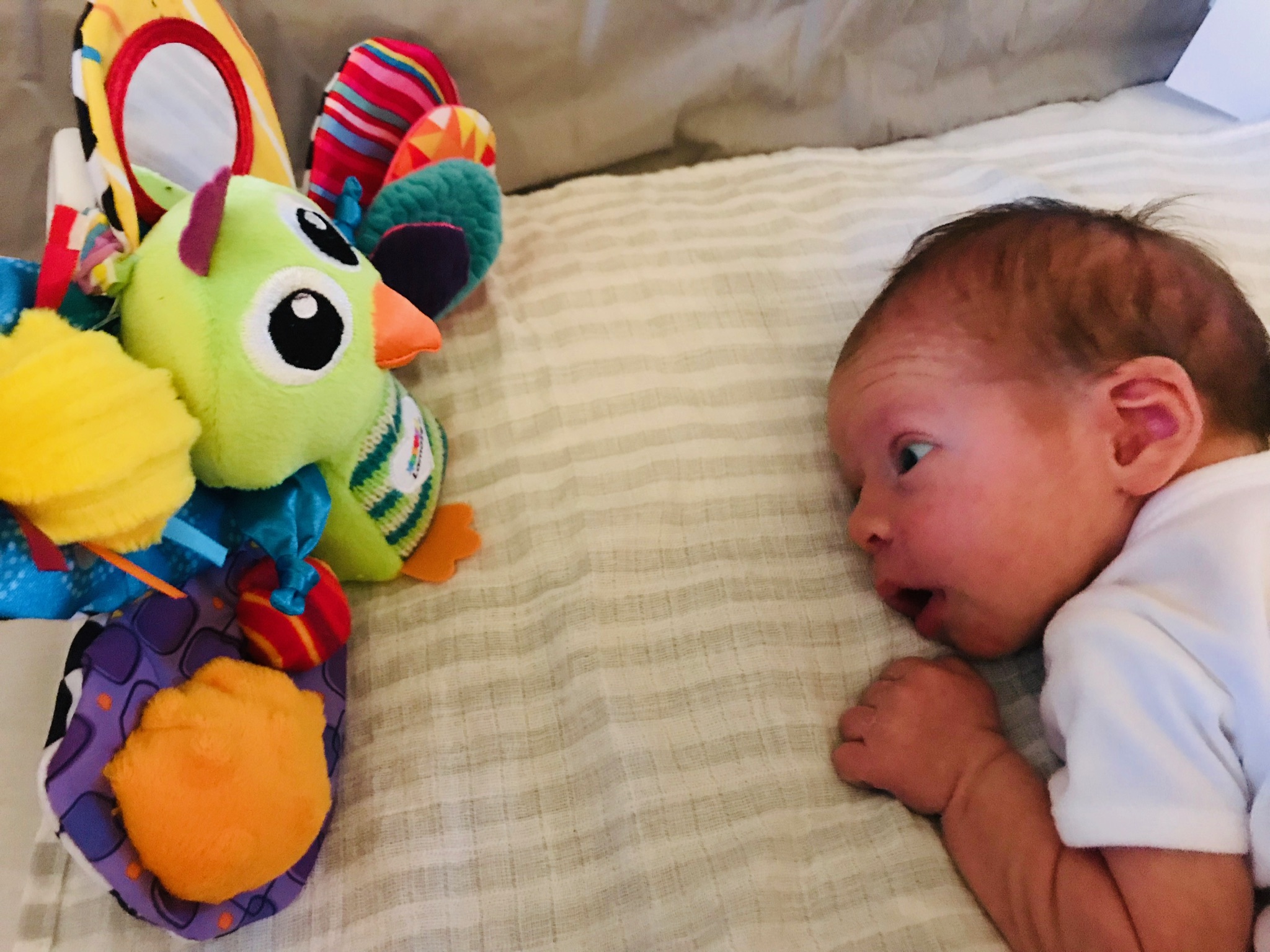 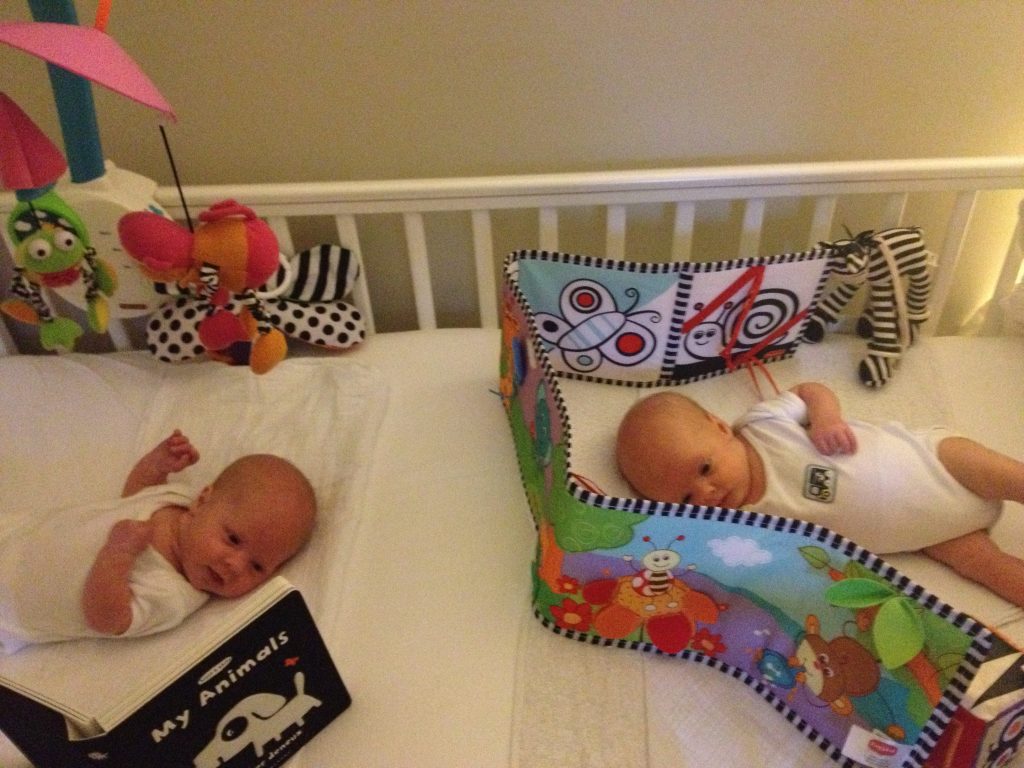 As you can see even at this young age the twins are being entertained and mentally stimulated by books and toys.  This photo was taken when they were four and half weeks old.  Babies under four weeks can only see in black and white with red and yellow creeping in around six weeks, but black and white should keep your baby happy until around eight weeks.  Also note that until six to eight weeks babies need toys to be static, as they can’t follow moving objects.

The key is to keep it simple and not to clutter toys together enabling them to focus on one clear thing.  Make your own black and white pictures as seen in my previous posts.

Stimulating toys can help build baby’s confidence when being put down to play.  The distraction holds baby’s attention making it easier to encourage day time waking in the first four weeks of life, which in turn makes for a peaceful nights sleep.  As your baby grows their attention span shortens so having different areas/toys to play with, as well as chatting to you, will come in handy.